So Long CPAP: How the slumberBUMP Helps End Snoring
Are you a Candidate for a Home Sleep Study?
5 Ways To Test If You Have Sleep Apnea
Mouth And Throat Exercises that Cure Sleep Apnea
Do You Have Positional Sleep Apnea? 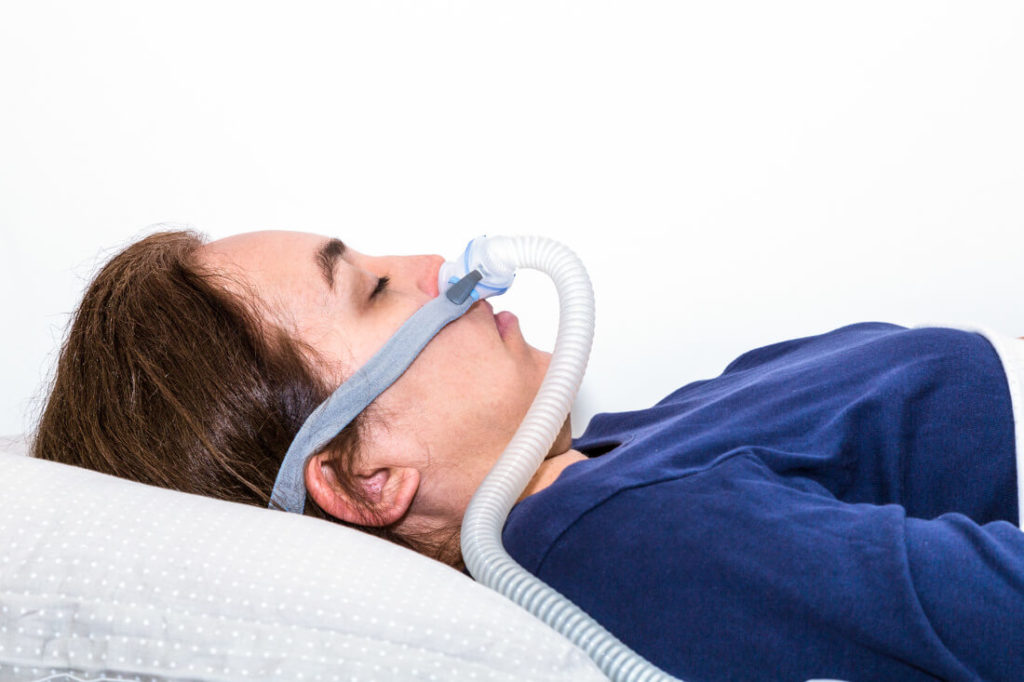 CPAP machines have been a great benefit to the millions of people around the world suffering from sleep apnea. More than 18 million Americans suffer from this condition, but very little was known about sleep apnea until as recently as 1980.

Before this time, the only treatment option available to patients with particularly threatening sleep apnea was an invasive procedure known as a tracheotomy. Fortunately, Dr. Colin Sullivan created the CPAP machine after years of research and an interest in sleep studies.

The Invention of the CPAP Machine

Like most important scientific discoveries, the invention of the CPAP machine started with curiosity. Dr. Colin Sullivan spent time working at the Asthma Foundation in South Wales. His mentor, David Read was a specialist in sudden infant death syndrome. During his time in South Wales, Dr. Sullivan would speak in depth with his mentor about SIDS.

Both men agreed that SIDS was most likely occurring due to a breathing issue presenting itself while the infant slumbered. In order to get to the heart of the matter, more research was needed. Dr. Sullivan continued his research at the University of Toronto. His research bore fruit after spending time studying dogs with breathing difficulties.

Dog breeds such as boxers, pugs, and bulldogs are known to snore loudly. While working with these dogs, Dr. Sullivan had a theory that this condition could be improved by piping air through the dog’s noses or mouths while they slept. This led to an early version of what we now know as a CPAP machine being used on these canines. The results were positive, and Dr. Sullivan began to investigate testing his new machine on human patients.

The very first CPAP machine was something pieced together by Dr. Sullivan. While treating a patient in Australia, he had an opportunity to test out his new theory on a human for the first time. The patient declined tracheotomy treatment, fearing its invasive nature. Seeing this as a golden opportunity, Dr. Sullivan created a device using a simple mask, hoses, and even parts from a vacuum cleaner.

Despite the improvised nature of the device, it worked well. This first victory lead to many more patients consulting with Dr. Sullivan for treatment. Over the next year, he studied his patients sleep patterns as well as the devices he created. The findings were published in various medical journals, and the age of CPAP machines as the primary treatment for sleep apnea arrived.

The CPAP machines of the past were not as streamlined and simple to use as they are today. They were large machines that took up an inconvenient amount of space. They were also quite loud. Even with these problems with early designs, patients reported sleeping better than they had in many years after spending just one night on a CPAP machine.

The adoption of the CPAP machine as a treatment option picked up among medical professionals relatively quickly. It provided a much safer, less invasive way to treat severe sleep apnea. Medical supply companies took notice after seeing the devices catch on. Soon they began producing sleep masks, CPAP machines, and other replacement parts.

One significant change in the world of medicine was that even less severe cases of sleep apnea began being treated more seriously. With CPAP machines causing no risk to the patient, it was easier to justify prescribing it to help their condition. The prevalence of CPAP machines continues to rise even today. Machines have become very convenient to use, taking up only minute amounts of space while running virtually silently in some cases.

Dr. Sullivan continued to be a force in sleep study research after his success with inventing the CPAP machine. His scientific curiosity led to more insights in sleep science and how we monitor patients. He also never gave up on researching SIDS. Dr. Sullivan’s research into SIDS has led to the invention of many devices to help track the issue.

The Future of CPAP Machines

Medical professionals expect CPAP machines to continue to evolve. Technology is improving at a rapid rate, and our ability to monitor very specific conditions inside the body will allow the machines to become even more effective. The CPAP machines of today do an excellent job of keeping breathing steadily for patients during the night. Through further medical advancements, treatment for the cause of sleep apnea could become more prevalent as well.

Only a few short generations ago treatments for this condition were rudimentary at best. Thanks to the work of brave, curious minds such as Dr. Sullivan, the modern medical community is better equipped to serve patient’s needs.

5 Ways To Test If You Have Sleep Apnea