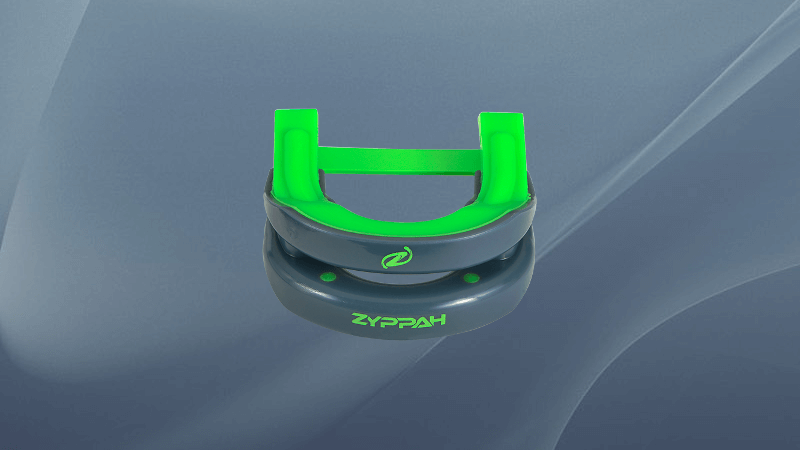 Is Zyppah Worth The Hype? My Thoughts on This Device

Snoring is a problem that affects many of us in our day-to-day lives, with as many as 40% of adult men and 24% of adult women reported to be habitual snorers. Whether you or your partner snores, many of us are tired of being tired due to snoring and desperate to wake up feeling rejuvenated and energized from a good night’s sleep.

If you are one of many who suffers from the effects of snoring, you will have no doubt heard of Mandibular Advancement Devices (MADs) and the more recent Tongue Retainer Devices (TRDs). While both MADs and TRDs have seen a lot of success, with many positive results reported in reducing or stopping snoring, there are several drawbacks associated with them. Some people have complained they are uncomfortable to wear, cause an excessive production of saliva and some have reported limited success in helping with severe obstructive sleep apnea.

One of the more recent anti-snoring devices on the market is the “Zyppah.” It is the first hybrid device combining both the MAD and TRD design.

In what some are calling the ‘3rd generation’ of anti-snoring devices, does the Zyppah live up to the hype?

Zyppah is an American made device, which has been FDA-cleared and BBB-accredited. It works similarly to many other MAD devices, by holding the lower jaw in a forward position. At night, gravity can cause your jaw to fall back slightly, causing your tongue to obstruct your airway, which leads to snoring. By wearing a MAD such as Zyppah, it stops your jaw falling backward in the night and makes it stay in an ‘awake’ position, therefore allowing you more space to breathe and prevent snoring.

While Zyppah is by no means the only MAD device on the market, it attempts to differentiate itself by not only adjusting your jaw position but also by using TRD technology to hold your tongue in place. It uses a patent-pending elastic to hold and stabilize the tongue in place beneath a strap. This placement achieves the same effect as a MAD, by opening your airways, that may otherwise be slightly obstructed by the tongue at night.

Like other MADs, it uses boil-and-bite technology that enables users to create a customized mouth guard. By combining both existing technologies, it would seem on paper that the results should be better, but is it the right choice for you?

Zyppah has not been tested in sleep studies by scientists; however, overall, Zyppah seems to have been received very positively. Many people have reported the device has significantly reduced or completely stopped their snoring. It has an air hole in its design that has been very well received, with many people stating it helps their breathing through the night and has also helped people with allergies, as it reduced the need to breathe through the nose.

The “boil and bite” technology allows you to create a customized mouth guard that fits perfectly within your mouth. It has been designed by a dentist and has been constructed in line with dental technology in five Californian facilities specializing in snoring and sleep apnea. This robust design would suggest it will most likely last a lot longer than other anti-snoring devices currently on the market. Additionally, users have not reported the Zyppah to trigger any gag reflexes, so if you are someone who has suffered from this in the past with other devices, it could appeal to you.

However, many have said it still suffers from similar problems to other MAD devices such as mild pain and discomfort, excess drooling and still cannot be used by those with dental work such as dentures. While this remains an issue, most users reported the soreness was significantly less than devices they had used before and was often not present after a few days of getting used to Zyppah.

The tongue strap has received varied feedback, with some finding it feels awkward, while others have said it is comfortable and they forgot it was there. The biggest drawback of the Zyppah is undoubtedly the price. You can purchase the device from the official website on sale for $99.95. Other options on the market have a much better cost-feature-ratio.

While it still suffers from some of the common problems reported by anti-snoring devices in the past, it has certainly been well received by the community. It still awaits scientific sleep testing studies to confirm the benefits of the hybrid design, but on the face of community reviews, the Zyppah has been working for many users so far.

While the device is on the more expensive side compared to other devices on the market, it is a great device and you cannot put a price on a good night’s sleep. With its dual design, it may well provide a solution, even for those that suffer from more severe obstructive sleep apnea.

Weighing up the pros and cons of the device, Zyppah does seem to be a very effective product and would come recommended. However, as to whether it is the 3rd generation, anti-snoring device, is still up for debate. Until more evidence is provided, it is unclear as to whether the using both TRD and MAD technology have any additional benefits. The solid track record and results of both ZQuiet and SnoreRx show that basic MAD technology works to stop snoring.

It comes down to personal preference as to whether you are comfortable with both the MAD and TRD design. If so, the Zyppah could be for you. However, if you have experienced discomfort or other problems in either design before, then maybe another device may be more suitable for you.

Zyppah is still a strong option for those suffering from snoring, and its qualities are best summed up by the phrase boasted on its elegant packaging: 8 hours of sleep and 0 hours of snoring.

Who Is The Zyppah Guy? We Found Out

The Trusted Way to Buy The Zyppah Online