The Role of Acid Reflux in Snoring
Is Your Snoring a Sign of Something More Serious?
The Effect of Air Pollution on Sleep Health
How Snoring Is Impacting Your Workout
Sleeping Position, Personality Traits, and their Effect on Your Sleep 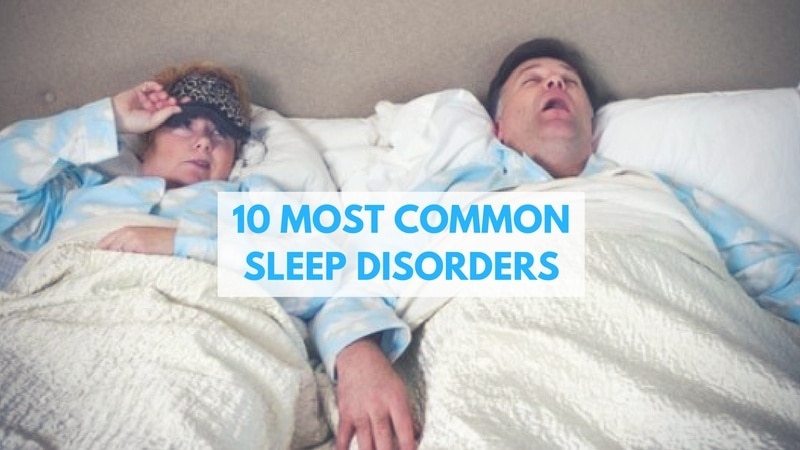 The 10 Most Common Sleep Disorders

This is one of the most common sleep disorders, affecting nearly 60% of us to one extent or another. Insomnia is commonly recognised as the inability to fall or stay asleep, but it can also present as early morning waking. Insomnia can be triggered by stress, depression, anxiety, or other underlying medical issues. Lifestyle changes are often recommended to alleviate insomnia but in more extreme cases sleeping pills or CBT are prescribed.

Sleep talking is a common habit that affects many of us, it can be quiet mumbling or full conversations but is usually a harmless habit that comes and goes. In severe cases sleep talking can be continuous and very loud, and severely disturb the sufferer or people sleeping nearby.

These conditions are often related and involve having your breathing obstructed or interrupted during sleep. While snoring can be a harmless quirk, when severe it can be irritating, unhealthy, and even dangerous. Sleep apnoea is a more serious form of breathing obstruction (for 10 seconds or more) and can have seriously detrimental effects on the sufferer.

Restless legs is a broad disorder than can range from severe pain or aching in the legs to small twitches in the night. The constant urge to move one’s legs can inhibit sleep considerably but it isn’t always a major problem.

This refers to problems with your sleep cycle, it could be interrupted by Jet Lag or working shifts; however, there is also such a thing as Delayed Sleep Phase Disorder. This condition means you’re your biological clock is out of time with night and day, it isn’t just being a night owl, and you naturally feel tired during the early hours and wake up during the late morning.

Nocturia refers to bladder issues during the night. It generally involves needing to get up and use the bathroom an inordinate number of times during the night which can interrupt a person’s sleep considerably.

REM sleep disorders present most commonly as nightmares, or night terrors. Although these are much more common among young children, adults can be affected, too, and will often suffer from sweating, shaking, and waking up in a panic.  REM sleep disorders include a range of vivid dreaming problems that can lead to sleep talking, walking, or hitting out in the night.

Sleep walking, or somnambulism, is a disorder that causes sufferers to walk, or engage in other complex activities while still sleeping. It is more common among children although it can occur in all ages, particularly if a person is sleep deprived.

Bruxism refers to the clenching or grinding of the teeth during sleep and times of relaxation. Bruxism is a common disorder to develop during times of stress or worry, and is often resolved by tackling the issue at hand. Bruxism can cause painful tension headaches, muscle stiffness, and damage to the teeth. Many people refer to mouth-guards in order to reduce jaw clamping and dental problems.

This is a neurological disorder, which means the brain is unable to regulate sleep cycles like it should. This can lead to extreme tiredness during the day or suddenly falling asleep at inappropriate moments. It is often associated with other sleep disorders such as insomnia or sleep-paralysis.

How To Stop Your Partner Snoring In Few Simple Steps [Infographic]