The Role of Acid Reflux in Snoring
Is Your Snoring a Sign of Something More Serious?
The Effect of Air Pollution on Sleep Health
How Snoring Is Impacting Your Workout
Why the Mute Nasal Device Makes a Great Travel Companion 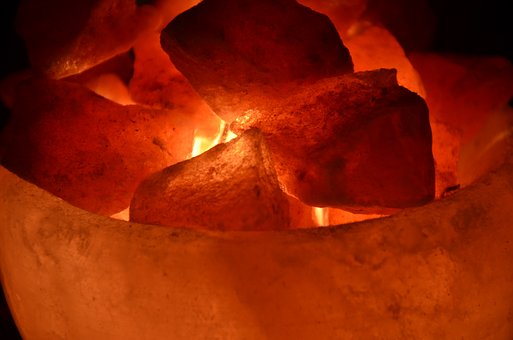 Salt Therapy and How It Can Improve Your Respiratory Issues

Salt is an essential mineral needed for life. It has also been used for centuries to relieve and cure many ailments.

It’s healing abilities help relieve an array of respiratory illnesses such as asthma, allergies, and COPD.

Over 2,000 years ago the ancient Romans and Greeks used salt to treat various types of skin diseases and drank mineral or salted water for their digestive systems. They also inhaled the steam from salted water to ease their respiratory issues.

In the mid-1800’s, Polish physician, Felix Bochkovski recorded that mine workers did not experience respiratory problems suffered by the rest of the local population. In the mid-1900’s, a German physician noticed his patient’s health became better after hiding in the salt caves to evade the bombings of WWII.

What is Salt Therapy?

Salt Therapy is also known as Halotherapy or Speleotherapy. It is a drug-free, 100% natural therapy that has been proven to ease the symptoms of a variety of respiratory ailments.

Salt is a natural antibacterial, antihistamine and anti-inflammatory. People experiencing allergies, asthma, COPD, snoring, and even eczema may benefit from substantial and lasting symptom relief after consistent salt therapy treatments.

The most popular form of salt therapy is done by sitting in a salt room where a halogenerator pulverizes pharmaceutical grade salt into a nearly invisible aerosol and distributes it into the room. The dry aerosol particles are inhaled deeply into the lungs. The salt loosens the mucus, and it begins to dry rapidly allowing easier and improved breathing.

Consistency is the key when using salt therapy. After regular treatments with salt therapy, shortness of breath, wheezing, coughing, and congestion are gradually alleviated, inflammation is reduced, and breathing becomes easier.

How Does Salt Therapy Work?

The natural properties found in salt make it an excellent healing commodity. Salt is anti-inflammatory and antibacterial and assists in removing pathogens such as airborne pollen. It’s properties naturally break down mucus and speed up mucociliary (cilia of the mucous membranes) transport.

Due to osmosis, the inhaled salt reduces the swelling of the bronchial mucosa and makes expectoration faster and easier. It’s like an expectorant in that it accelerates the removal of mucus and soothes the respiratory system while killing harmful bacteria.

Salt therapy reduces the need for antibiotics and inhalers by clearing up tacky phlegm and mucus and alleviating coughing, sneezing, and shortness of breath. It also increases resistance to respiratory tract diseases and increases the immune system. It impedes the growth of bacteria and in some instances, kills it.

Where Does the Salt Come From?

The most common type of salt used for salt therapy is rock salt.

Rock salt formed during the Miocene era, about 20 million years ago when Europe was under the sea. As the climate changed, there was a time of warmer global environments, and salt was left behind by the primordial oceans.

The salt deposits built up over the tens of thousands of years by evaporated salt water in marine basins and sedimentary layers. The salt layers were covered by rock formations and are now mainly found inside mountains or underground.

One of the most popular is Pink Himalayan salt. It is the cleanest salt on the planet today because it comes from a part of the earth that does not have a lot of pollution. It is an exceptionally pure, hand-mined salt that originates from the ancient deposits found in the Punjab section of Pakistan, about 190 miles from the Himalayas.

This region boasts one of the richest salt fields in the world. They are said to be formed during the Precambrian Age over four billion years ago when the planet was first created. It is believed that Himalayan salt is composed of the residues of the earliest, primal sea.

Himalayan salt is abundant in the nutrients calcium, potassium, iron, copper, and magnesium. This is what gives it the pink, red or white color variations.

How Can I Get the Benefits of Salt Therapy?

Salt therapy rooms are popular all over the country. You can find them online or consult with your physician for a recommendation.

A walk by the sea, inhaling the salt air, has been shown to have a very positive effect on the respiratory system.

Speak with your respiratory therapist or physician about a Salin Plus Salt Therapy Device. This machine releases a dry salt aerosol made from natural rock salt.

The Neti pot is a very efficient way to flush mucus out and alleviate nasal congestion. Use warm, filtered water with a pinch of salt.

The Effect of Air Pollution on Sleep Health