The Role of Acid Reflux in Snoring
Is Snoring a Risk Factor for Erectile Dysfunction?
Is Your Snoring a Sign of Something More Serious?
The Healthy Traveler: Four Remedies to Stop Snoring While on the Road
Five Alternatives to Surgery for Your Snoring 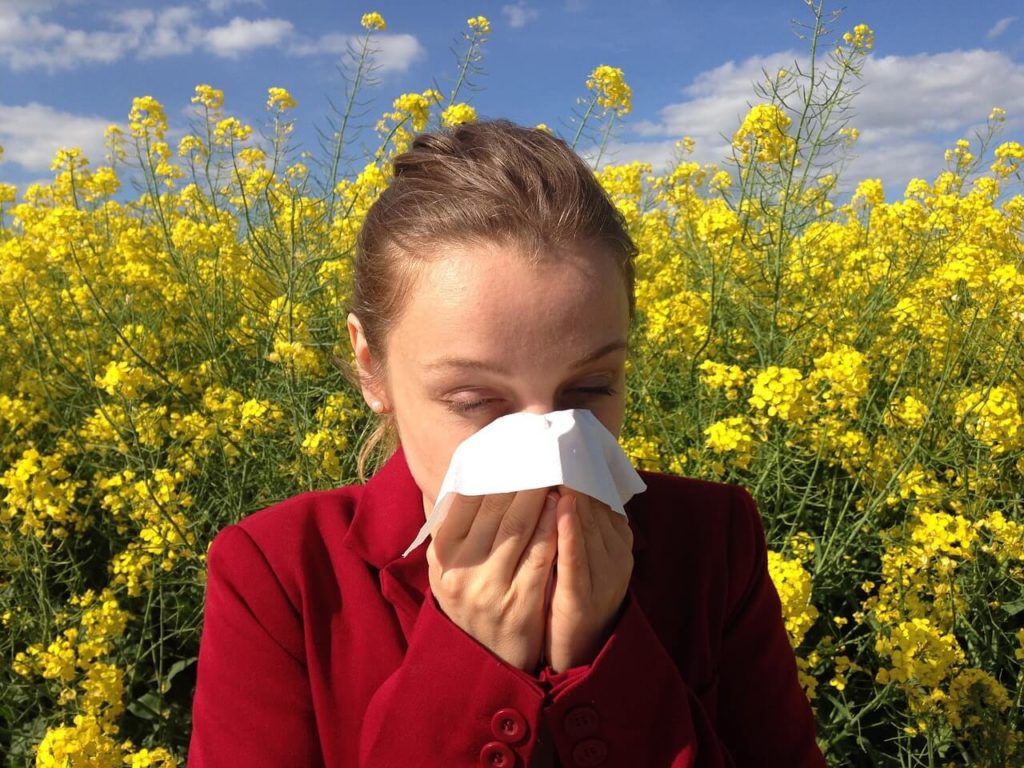 Understanding the Connection Between Snoring and Seasonal Allergies

Spring is a season that many people eagerly await after a long, cold winter. From the fresh green grass to the beautiful scent of springtime flowers, nature brings many joys during this anticipated season.

However, for those who suffer from seasonal allergies – sometimes referred to as hay fever – springtime can be uncomfortable, itchy, and all-around unpleasant.

Seasonal allergies are more prevalent than ever, for a variety of reasons. New patterns in weather and climate mean greater exposure to pollen, and the number of children reporting seasonal allergy symptoms is higher than it has ever been at any point in the past.

Though all manner of airborne particulate matter may cause allergies, some of the biggest offenders in the springtime include pollen and spores from ragweed, mold, grasses, trees, and mushrooms.

More than 90 million Americans suffer from snoring at least part of the time, with many of those severely affected by persistent snoring patterns.

It is unknown at this time how many people have snoring problems that are affected by seasonal allergies.

Understanding the connections that exist between seasonal allergies and snoring can help those who suffer from these unpleasant but manageable conditions to understand how to best approach their treatment to stop snoring – and stop sniffling – permanently.

Seasonal Allergies Can Cause or Worsen Snoring

The allergens that cause the most common seasonal allergy symptoms are pollen from flowers, grass, trees, weeds, and shrubs. The most common symptoms that pollen causes when we think of springtime allergies include the sniffles, a runny nose, painful sinuses, teary eyes, and redness and swelling to the area around the nose, eyes, and throat.

However, these same allergens can cause snoring as well. Among some people who suffer from seasonal allergies, the springtime is jokingly referred to as “snoring season” as well as allergy season. In places where the weather is conducive to year-round pollination of plants that produce allergens, people with allergies may suffer from persistent snoring on a year-round basis.

As it turns out, the relationship between pollen in the air and snoring concerns the impact of the former on the upper airways and how this affects your breathing during the nighttime.

The role of seasonal allergies in snoring relates to the impact that allergic reactions have on the upper airway.

One of the primary allergic reactions to pollen is allergic rhinitis, which is a condition where the nasal passages get reddened, irritated, and inflamed. The tissues of the upper airway in the nose get swollen and take up more room, making the space that the air passes through much smaller, allowing less air to pass.

The impact of this is similar to what occurs when one sleeps on their back, and the tongue falls backwards, partially blocking the throat and obstruction of airflow. This inability for air to flow easily from the lungs in and out of the body causes snoring.

For those who already snore due to a partial airway blockage, as in obstructive sleep apnea, exposure to seasonal allergies can make their snoring problem even worse.

Similarly, people with allergic rhinitis complain of excessive production of mucus from the nose, which can worsen the problem, reduce the space for airflow even further, and make it harder to breathe than ever before.

For some, taking medication to reduce nasal mucus production may be somewhat helpful, as will blowing one’s nose on a regular basis. However, over the course of the night as you sleep, mucus accumulates and is unable to be removed without waking up. As well, anti-mucus medications do not address the bigger problem of reduction of airflow in and out of the respiratory system.

Alleviating the allergic reaction will increase the ability of air to flow easily in and out of the airways and should reduce the aggravation of snoring by doing so. This can be done by taking prescribed or over-the-counter allergy medication, reducing exposure to the allergen, or by removing the allergen from the environment entirely.

For those who want to stop snoring, their symptoms may be partially relieved by spending time in places with less exposure to seasonal allergens, or by living in a place where local species do not spread pollen through the air to such a great extent. However, there are still many people whose snoring is aggravated by seasonal allergies and not relieved simply by avoiding exposure to them.

Whether you snore only through the worst of the springtime months or you’re plagued by snoring throughout the year, there are anti-snoring devices that can help you get a good night’s rest and stop snoring for good.

5 Health Problems Linked to a Lack of Sleep