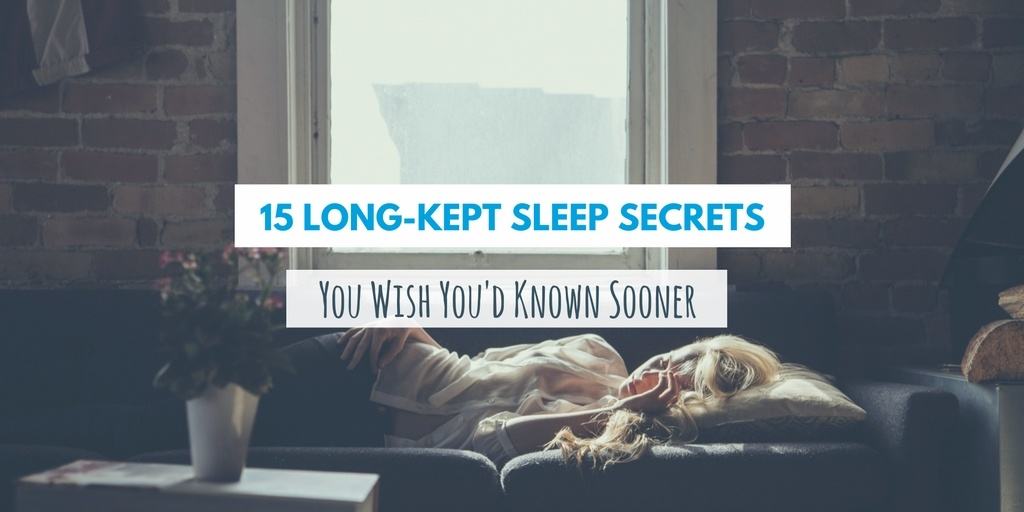 One of the most undervalued routines of our lives, sleep is something that is of utmost importance in our day-to-day existence. Regardless, if you look around you’ll see widespread ignorance about sleep deprivation in our society. Sleep is actually a brilliant tool, which if used correctly can go a long way in enhancing your quality of life and overall health. In this detailed article, I’ll enlighten you about 15 important sleep related facts that will help you truly understand its significance in our lives. Let’s begin!

1. Seen an obese person lately? He/she is most likely to be sleep deprived

It has been scientifically proven that there’s a clear-cut relation between weight gain and lack of sleep. Furthermore, people who are overweight generally have very poor sleep quality. Inadequate sleep enhances the presence of a certain hormone in the human body known as ghrelin. Not only does this hormone increases your appetite, it also makes you crave for junk food all the more. Anyone who’s been trying to lose those extra pounds cannot neglect the importance of quality sleep in his/her life and start prioritizing it immediately.

Snoring is far from funny or harmless and should never be taken lightly. Many people perceive it to be trivial, which is very wrong. The truth is that chronic snoring can be a symptom of major underlying health issues. Basically, snoring is a byproduct of improper breathing. Regular snoring may actually be a symptom of a dangerous health condition known as obstructive sleep apnea. You may even suffer from sleep apnea which is a far more serious health condition and involves complete blockage of the airways.

3. Driving while you’re sleep deprived is the perfect recipe for disaster

An interesting sleep deprivation related experiment carried out some time ago revealed some shocking results. It was found that a person who is sleep deprived for 28 hours at a stretch experiences a drop in his/her driving ability to the level of someone having BAC (blood alcohol concentration) of 0.1%. Please note that this level of blood alcohol concentration is equivalent to temporary alcohol poisoning. This is a very worrisome fact considering the fact that there are actually thousands of drivers out there who are sleep deprived and are still legally driving right now. They pose a great risk to not only their lives, but to the lives of other people on the roads as well.

Carry out as much research as you’d like to on the relation between sleep patterns and lifespan, and you’ll discover that the secret of living a healthy and long life may very well come down to your sleep patterns! Anyone who sleeps less than 6 hours each night enhances his/her chances of dying a premature death by 12%. The consequences of poor sleeping habits add up over a period of time, and keeping in mind the various health problems you may face by consistently depriving yourself of sleep, it shouldn’t come as a big surprise that you’ll die younger if you don’t value the importance of sleep in your life right now.

Consistently depriving yourself of sleep can significantly enhance your risk of suffering from various harmful health conditions like depression, obesity, type II diabetes, certain cancer types and many more. For instance, men who continue to live with insomnia are at twice as much risk of developing prostate cancer than the normal men. Furthermore, people who get less than 6 hours sleep per night have 50% higher risk of developing colon/bowel cancer or colorectal cancer. In fact, this cancer type is the second most-common cause of deaths in people suffering from cancer in the United Kingdom.

6. Taking a short nap can be likened to a performance enhancement drug

Taking a short nap every now and then can deliver so many surprising benefits to you such as lowering of blood pressure, reduction of stress levels, better alertness, productivity enhancement, improved learning capacity and memory boost. As per a research conducted by NASA, the most ideal nap duration is of 26 minutes. Sleep any longer and you may slowly drift into deeper sleep, which is the last thing you may want during a working day. NASA further discovered that after taking such quick 26 minute naps, the alertness levels of their pilots increased by an impressive 54% and their performance levels enhanced by 34%, during the hours after the experiment. If you carry out some research, you’ll notice that even some of the best performance enhancement drugs don’t deliver that kind of benefits!

7. One night without sleep can literally switch off certain parts of your brain

Sleep deprivation has the potential of making the brain unstable. In fact, the brain neurons may enter a kind of restive state when constantly deprived of sleep, impairing the cognitive functions over a period of time. Lack of sleep can also impair your immune system. Our immune systems are highly complex and are made up of different kinds of proteins and cells working in tandem to keep the invasion of foreign objects at bay. Sleep deprivation can compromise some of those antivirus cells, hindering their proper functioning and making you vulnerable to various illnesses.

8. In terms of cognition, there isn’t a major difference between being drunk and being sleep deprived

Fatigue or tiredness can slow down your impulses or reaction time, hinder your concentration ability and weaken your memory. You may take far more time to complete even the basic tasks if you are sleep deprived. A research carried out at the Brigham and Women’s Hospital situated in Boston, USA confirmed these facts. Being fatigued may also impair your decision-making ability as confirmed by a study carried out at the Duke University. It proved that when you’re tired, you’re most likely to go with the options that are risky, as against playing it safe when you’ve rested properly.

9. The term beauty sleep isn’t from fairytales! It is a reality!

Getting a good night’s sleep doesn’t just improve your skin, it can even work as a remedy for ageing. On the contrary, sleep deprivation hinders the production of collagen, the most commonly found protein in the human body, which is responsible for maintenance of skin, joints and muscles health.

Surprisingly, scientists still don’t have a reasonable explanation for yawning in humans. Whatever we know about the yawning habit is all theory. Most people perceive yawning as a sign of sleepiness or tiredness. Although this may be true in most cases, yawning may also mean that your brain needs cooling down, that you require more oxygen and/or that you are alert. Among the animals, predators normally yawn to display their threat potential. For instance, you’ll often see baboons yawning to display their sharp teeth, in order to ward off any predators or other baboons trying to come into their territory.

11. Getting regular sleep can significantly enhance your athletic/physical performance

Apart from the above discussed benefits of napping, you can significantly enhance your athletic/physical performance levels by prioritising your sleep and ensuring that you get your minimum quota each day. In an experiment carried out on the women’s tennis team of The University of Stratford, it was found that the players recorded more accurate tennis shots and quicker sprint times if their daily sleep time was increased to a minimum of 10 hours per night for 5 weeks straight. Getting ample sleep may also help you avoid injuries. In fact, 80% of the HGH (human growth hormone) production in the human body occurs during sleep. This hormone is critical for muscle repairs and its deficiency (as a result of lack of sleep) may increase your injury chances.

12. Nightcaps can be sleep destroyers

Although alcohol may significantly help you in falling asleep quickly, the sleep which is alcohol induced is significantly poorer compared to the one had without any alcohol in the system. It’s a commonly known fact that alcohol is a diuretic and leaves you dehydrated as its direct result. Its presence in your body may make you experience lesser REM stage sleep, which is an extremely important and restorative stage during your sleep.

13. Do you find it hard to sleep at night? You may be staring at electronic screens!

Constant exposure to light emitting devices has a major impact on our body’s tiredness levels. The light emitted by electronic devices hinders the production of a certain hormone known as melatonin, which is also referred to as sleep inducing hormone. It is this hormone which makes us feel like sleeping when we hit the sack at night, and is very critical in making us drift off naturally. If you’re someone who is addicted to using a Tablet PC or a smart phone in bed at night, you may be training your brain unknowingly to perceive bed as a place not meant for sleep, but for social media interactions. Quite naturally, this is bound to compromise your sleeping hours over a period of time, causing sleep deprivation.

14. Planning to pull an all-nighter? It may actually be not of much use

Many students have the habit of burning the night oil and revising as much as they can in the days leading up to their examinations. Studies have revealed that this may actually be counter-productive. You may do much better by sleeping well and not revising anything at all, than staying up all night and revising. Scientific studies have discovered the stronger connection between academic performance and the time spent sleeping by students, in comparison to academic performance and time spent studying by the same students. The part of our brain which plans and evaluates decisions shuts down completely if we are sleep deprived. This means that your academic performance may suffer significantly after spending sleepless nights cramming up the study material.

15. You cannot go without sleep for many days and then make up for it later