The Truth about Sleep Deprivation and Gut Health
Sleeping Position, Personality Traits, and their Effect on Your Sleep
Cool Technology to Help You Sleep
Can’t Sleep? Let’s Find Out What Causes Your Insomnia And Sleepless Nights
15 Long-Kept Sleep Secrets You Wish You’d Known Sooner 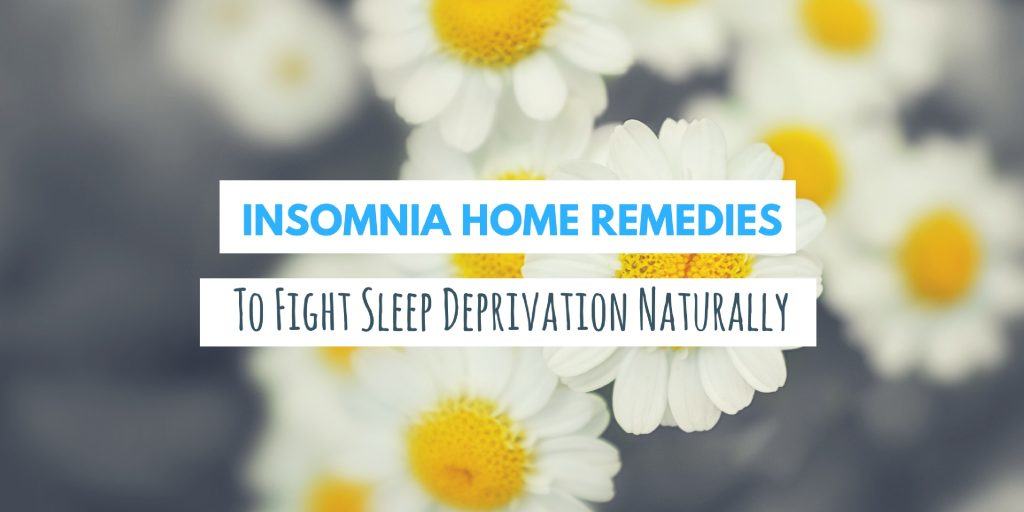 If you are looking for natural ways to fight your insomnia without having to worry about the harmful side effects that tend to go along with prescription medications, you will be pleased to learn that there are a variety of natural sleep aids on the market today.

Many of these herbs and supplements have been used for centuries, and they have been proven to be effective time and time again.   Use these herbs in conjunction with your SnoreRx or zQuiet snoring mouthpieces for an even better sleep.

Chamomile is one of the oldest, most trusted, and most widely used sleep aids out there. Anecdotally, you will hear people of all ages taking this botanical ingredient, most often in the form of a tea.  In the wild, it has an appearance similar to that of a daisy, and in the kitchen, it has a mild and sweet flavor (often compared to the flavor of a fresh apple).

In addition to helping you sleep better, clinical research suggests that chamomile may also be an effective way of controlling anxiety. It’s safe for both children and adults, and you can drink as much as two to three cups without any worries or side effects at all.

You have surely heard of the role of hops in the flavoring of your favorite beers, but this flowering plant is also very useful as a natural remedy for your inability to get a good night’s rest.  Hops have proven to be effective in treating insomnia, both alone and in combination with other natural remedies.

Although hops may be ingested as either a tea or a tincture, perhaps the most interesting use for the plant is in a “hops sleep pillow”.  Because the hops flowers are so aromatic, it is often said that people who cultivate hops often get very sleepy while working.  The same concept is applied by filling your sleep pillow with hops.  This is an easy enough do-it-yourself project, but hops pillows are also easy to find through online retailers.

Hops are considered to be highly contraindicated in people who are suffering from depression.  If you have been previously diagnosed with a mental health condition, it’s wise to avoid this plant altogether.

Kava Kava is an all-around favorite for its soothing, sedative qualities, which are also quite effective in treating insomnia.  In the Pacific Islands, its popularity is comparable to wine.  This makes perfect sense, as its effects are also often compared to those experienced after having consumed a glass or two of wine.

Learn more: What Causes Your Sleepless Nights Or Insomnia

The flavor of Kava Kava is similar to that of licorice, and some users report enhanced dreaming (which may be problematic for some insomniacs).  However, there is no question that Kava Kava will help you fall asleep.

Lavender is another natural remedy for insomnia that has maintained its popularity for centuries.  Today, you can find lavender in the form of teas, dried herbs, oils, bath salts, body or linen sprays, and just about anything else you can think of.  There is no wonder about why lavender is a favorite.  It’s gentle, budget-friendly, and highly effective.

Passionflower is an incredible herb.  Historically, it was used to fight not only insomnia, but also anxiety, hysteria, and even seizures. Due to its milder effects (as compared to other natural sedatives), you will most often find passionflower offered in combination with other calming herbs, such as valerian and lemon balm. However, when taken alone, users report that passionflower results in an easier wake up period and virtually no side effects the next day (even when taken in very large quantities).

Passionflower, when consumed alone, is best taken as either a tea or tincture.

Valerian will not only help you fall asleep quickly, but it will also help you stay asleep for a longer period than usual.  The herb does have a bit of a foul odor, which makes it difficult for some people to tolerate.  However, if you can get past the smell, you will find that its highly effective sedative properties make valerian a must-have herb for anyone who is suffering from short or long term insomnia.

While it is very useful on its own, you will most often find valerian offered in combination with other natural sleep remedies, such as hops or passion flower.

Melatonin is a hormone that occurs naturally in the human brain.  It is secreted by the pineal gland and is largely responsible for our ability to maintain healthy sleep habits. While it is available in small quantities in many of the foods that we eat on a daily basis, melatonin has also become available as a sleep aid tablet in recent years.

Because natural melatonin production tends to decrease with age, the supplement has proven to be especially useful for older insomniacs. It is also a fantastic insomnia remedy for those suffering from poor sleep as a result of shift work or travel between time zones.

Remember that any sleep aid will carry the possibility of one or more of the following side effects:

All of the herbs and supplements that we have listed for you here may be found at most retail and online outlets, and in most cases, they can be taken safely without the supervision of a healthcare professional.  However, there are, of course, a few special considerations.  Infants, small children, pregnant women, and nursing mothers should always exercise a bit more caution when it comes to taking anything, whether prescription or over the counter.

About the Author Helen Hudson