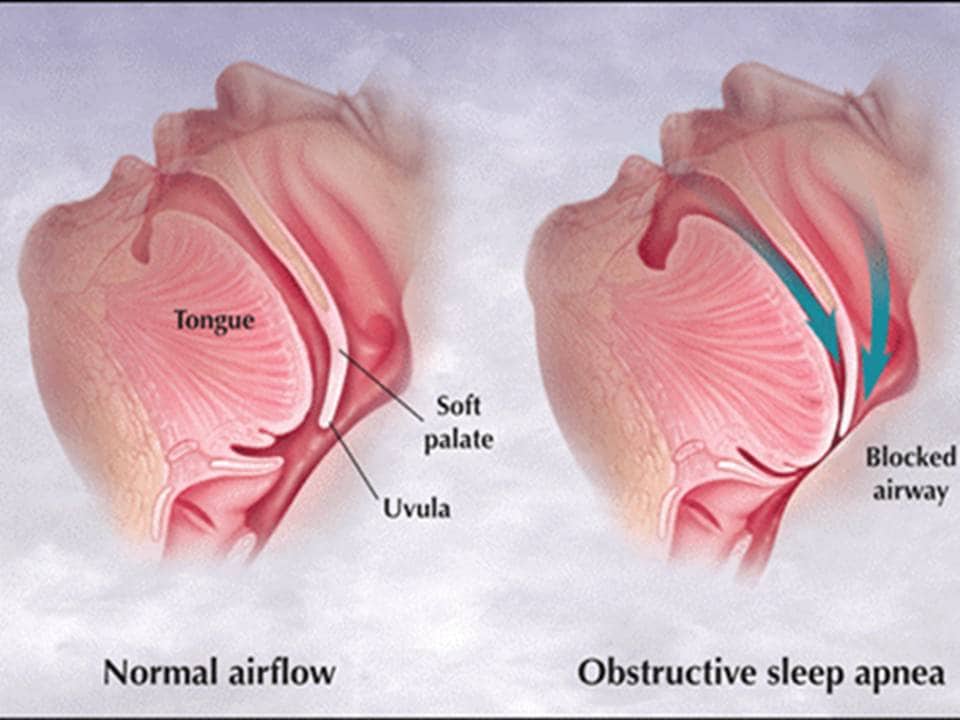 Sleep Apnea in Children and Adults

Sleep apnea can occur in both children and adults.

The condition may be indicative of certain medical conditions that may cause the throat to narrow. A person who suffers from the condition might even stop breathing for some time while he/she is sleeping.  This also means that the brain might not be receiving a sufficient amount of oxygen.


The condition may occur in the following two types –

Central Sleep Apnea – This type of condition is not caused by an obstructed nasal passage. It occurs due to a more serious medical condition like an unstable respiratory control center in which the brain fails to send signals to initiate breathing.

While sleep apnea may occur in any baby it is more common in babies who are born prematurely. The condition might be caused by an underdeveloped nervous system which is why babies are more likely to suffer from central sleep apnea. Other reasons might include sinus infections, exposure to drugs, gastroesophageal reflux, heart problems or brain hemorrhages.

Like adults, babies who have sleep apnea also stop breathing for a while during sleep. For instance, an infant who suffers from the condition may appear to breath faster or pause before breathing normally. If your child displays the same symptoms, it might be time to see a doctor.

A child who suffers from sleep apnea will always snore while asleep and may be sleepy throughout the day as well. Snoring is a raspy sound that occurs when a person’s breathing is obstructed while he/she sleeps. Other symptoms that might be indicative of the condition include –

The condition might prove to be fatal in babies since it may decrease the amount of oxygen in the blood stream. Situations such as these may cause the body to produce more carbon dioxide which might create medical problems.

No matter what type of sleep apnea you suffer from, it pays to be prepared. The ailment might indicate a more serious medical condition especially when it comes to children or infants. While mild forms of the condition can also be cured by home remedies, severe cases might require medical treatments. Although some mouth guards advertise as being recommended treatment for moderate sleep apnea, most (SnoreRx, Good Morning Snore Solution) are only approved for snoring. Your doctor may monitor your child’s breathing before recommending treatment.

How To Stop Your Partner Snoring In Few Simple Steps [Infographic]