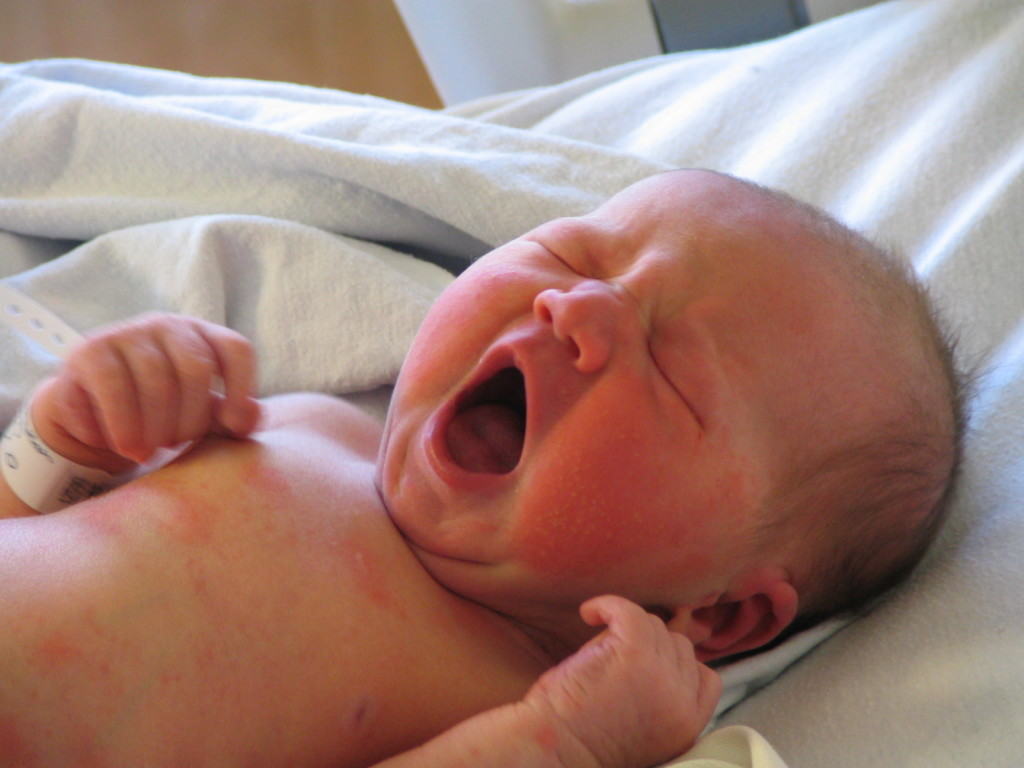 Sleep Apnea in Babies – What are the Signs?

Sleep apnea in babies isn’t a rare phenomenon. However, it can go unnoticed to the untrained eye. Keeping an eye out for certain symptoms will help you figure out whether your child suffers from the condition.

According to medical experts breaks between breathing that last for less than 15 seconds is called periodic breathing and is generally not hailed as a symptom of sleep apnea in infants. However, a cessation in respiration that lasts for 20 seconds or more is serious and is a definite sign of infant apnea.

Some of the most common sleep apnea symptoms in babies include –

If a doctor says that your child has limp muscle tone, it could be a sign of sleep apnea. Children who stop breathing in the middle of their sleep cycle have a lower levels of oxygen than they should have in their extremities.

Babies who exhibit signs of sleep apnea may also develop complications like bradycardia or slow heart beat than what is normal for their age. The condition may cause the infant to faint and is very dangerous in the long run as well. According to medical research, infants with families that have history of OSA (Obstructive Sleep Apnea) might also develop the condition at some point themselves as well.

A trunk or forehead that turns blue is a clear sign of oxygen deprivation. A baby who stops breathing in the middle of the night might have a bluish countenance due to a lack of oxygen. Make sure that you look out for this particular symptom as it is the most telling of sleep apnea in babies .

Does your child gag or gasp for air while asleep? This symptom is worth looking into especially where sleep apnea is concerned. The condition is obstructive in premature babies with an underdeveloped respiratory system. In babies who suffer from central sleep apnea, the brain forgets to send signals to the child’s diaphragm that prompt the body to breathe.

Since sleep apnea in babies has a tendency of disturbing sleep patterns your child be feel cranky or sleepy during the next day too. Depending on the type of sleep apnea your baby suffers from your doctor may recommend surgery or treatment to curb the condition and make it easier for him/her to breathe while asleep.

Your doctor might recommend CPAP (Continuous Positive Air Pressure) treatment which involves having the infant wear an oxygen mask while asleep. Treatments might also involve opening up the airway to increase airflow through surgical treatments like removing the adenoids or tonsils (adenotonsilectomy).

Sleep apnea in babies  can go undetected if parents do not take the proper amount of caution. The condition isn’t limited to premature infants alone. In other words, it may develop at any stage during the child’s development especially if the parents have a history of sleep apnea themselves. Therefore it is best that you watch out for these signs and symptoms even after you take your newborn home.

The Causes of Snoring & Everything You Should Know About It

Why Do I Snore When I Have A Sore Throat?

How To Tell If Your Child Has A Sleep Apnea?