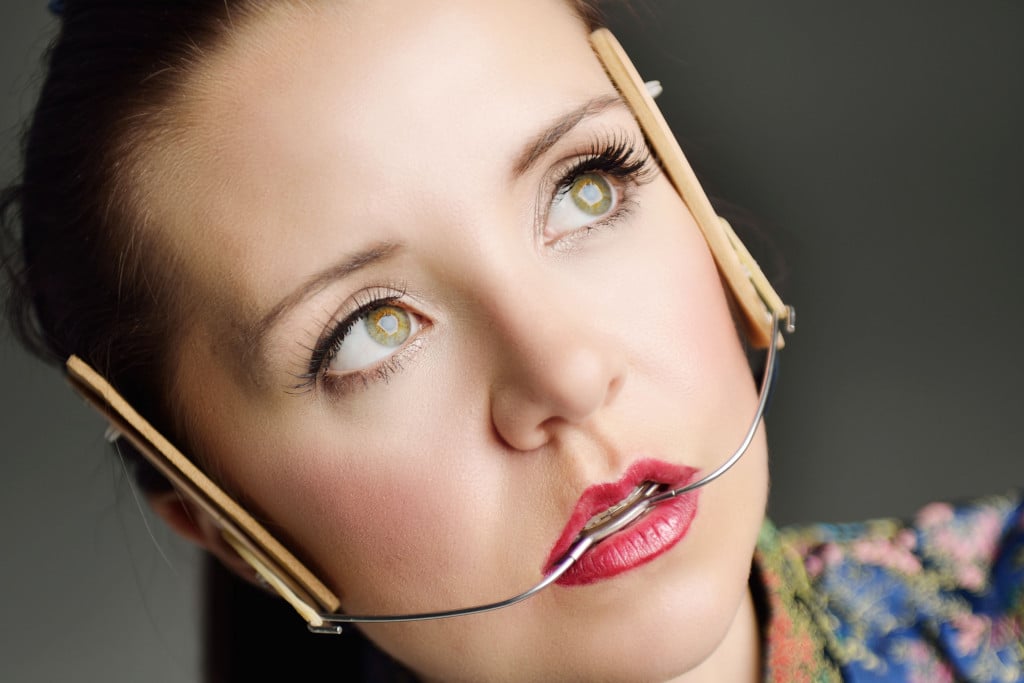 The medical world witnesses millions of surgeries each year, solely for the purpose of enhancing the beauty, health or in some cases even smiles of the people going under the knife. However, many such surgeries and/or medical procedures have an inherent risk of aggravating, if not actually causing the sleep apnea problem.

A person suffers from sleep apnea if his/her jaws are narrow enough to constrict his/her internal layer of soft tissue which lines the upper breathing passageway (starting from the nose till the throat). Doctors often come across patients who face sleep disorders or sleep-related issues after undergoing some medical procedure. Following are the 7 commonly known medical procedures that can possibly worsen your sleep, snoring or sleep apnea problem:

During earlier times, children used to wear headgears, with braces around their heads. The connected wires would constantly pull or push their teeth. Children having overbites or over-jets used to get treated by some means to constantly push their upper teeth in a backward direction (creating an illusion of proper bite).

If looked at closely nowadays, such children actually have an under-formed lower jaw, and the easiest way to solve this problem is by pulling their lower jaw or lower teeth forward, to bring them in the right position vis-a-vis the upper teeth.

In addition, some of the orthodontists continue to extract people’s teeth, just to make enough room for the remaining ones. Although your smile becomes more attractive, but at the cost of reducing your jaw’s size. Narrowing down of the jaw results in less room for the tongue. Hence, when your muscles go into relaxed mode during deep sleep, you are more likely to experience pauses in breathing.

The modern-day human jaws are already in the shrinking mode (owing to bottle-feeding during infancy and radical changes in our diets), when you add extraction of multiple teeth to that, it is only inevitable that you’ll start experiencing breathing problems sooner or later.

The back molars also function as supporting structures for the throat’s soft tissues. Hence, removing them can destabilize your soft palate, causing easy collapse of more soft tissue especially during the later stages of your life (when your muscles aren’t that strong).

All women who love sleeping on their stomach are bound to worsen their sleep quality if they get breast implants. Most surgeons suggest their patients to avoid sleeping on their backs after performing the breast surgery.

When you sleep on your back, it’s only obvious that your tongue will tend to fall back more often. This usually creates frequent obstructions in breathing and hence regular arousals from sleep. So, you can expect to lose many sleeping hours until you can get back on your stomach. Unfortunately, many women never get to sleep again on their stomachs and have to manage with sleeping on their back or sides only.

Rhinoplasty or routine nose job is one of the most commonly performed medical procedures these days. In majority of these jobs, either the tip of the nose is made narrower or the hump gets taken down. People don’t realize that certain support structures also get weakened during such surgeries.

In some such procedures, such as the Goldman tip (gained popularity in the 1950s wherein the nose tip used to be narrowed down significantly and lifted up a little), patients used to feel quite good after the surgery and breathe well, but years later would experience their nostrils slowly caving inside, worsening the nasal congestion problem. This used to happen because of weakening or removal of a part of the lower lateral cartilages in the process.

Nasal congestion is known to cause as well as aggravate the sleep apnea problem. Hence, the experience of nasal packing after a surgery is one of the most terrible ones as the patient only tosses and turns in the bed if she/he catches cold. People having narrow jaws are more likely to have a narrow nasal cavity and a nasal hump. Hence, nasal congestion only aggravates or worsens the breathing problem.

Regardless of whether your doctor is using contemporary or conventional rhinoplasty techniques, he/she must take good care that it doesn’t contribute to your sleep apnea problem.

Total or comprehensive hysterectomy (without or with the removal of ovaries) is a regular medical procedure for women. In cases wherein the ovaries are removed, the women go into a surgically induced menopause.

This is the precise reason why many women have to undergo hormone replacement therapy or HRT to sleep better. Therefore, if you’re considering hysterectomy in the near future, prepare yourself to not sleep too well.

Let’s understand the thyroid gland first. It begins at the back of tongue and goes down to the neck, right in front of the voice box, dividing into the left and right thyroid lobes (making a tiny connection between them at the top of windpipe). In some cases, a remnant from this tract (from tongue to the voice box) may remain, with thyroid tissue or cysts along the pathway. The development of a cyst creates a swelling that doesn’t go away on its own. This condition is referred to as thyroglossal duct cyst and can only be treated with surgery.

When this surgery is performed, unfortunately the patient also undergoes destabilizing and weakening of the voice box and tongue attachments. Majority of these patients experience deterioration in their sleep quality after the surgery. Anyone who is about to go through this procedure, must ensure that all the connected tissues are reconstructed or reattached during the surgery, so that they can continue to support the voice box and tongue.

Many times patients with prominent lower jaw undergo surgery to push it back slightly. In this case, it is actually the upper jaw that should have been pulled forward. As the tongue’s base is attached to the rear of the mandible, any jaw movement towards backside is bound to push the tongue backwards as well, causing breathing problems during sleep.

Regardless of the kind of surgical procedure you undergo, you are bound to experience worsening of the sleep apnea problem if it forces you to sleep on your back. In case you’ve never had any sleep disorders or sleep apnea before, then sleeping on your back is guaranteed to make you have that first experience! This is all the more applicable if you sleep on your stomach or sides naturally.

Millions of people go under the knife each year. Sometimes, their sleep patterns get affected almost immediately. In other cases, it takes months or years for such disorders to surface. In the event that you or someone close to you is planning to go through any of the above detailed medical procedures, or has gone through it already, you must review the kind of impact it may have or has had on the quality of your or his/her sleep respectively.