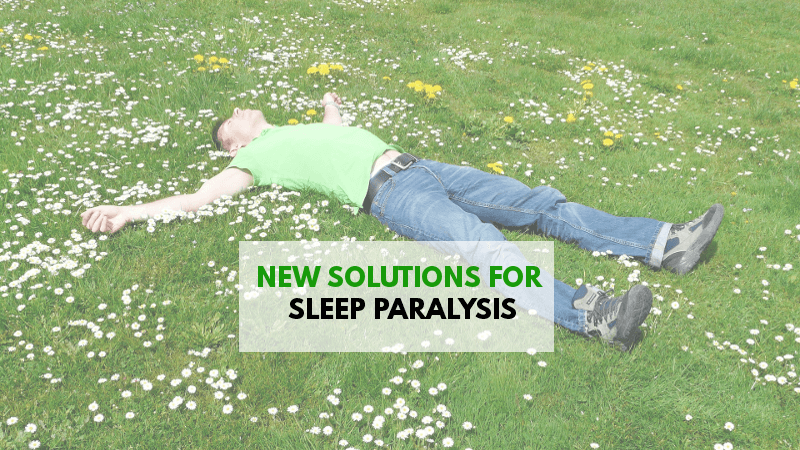 What Is Sleep Paralysis?

Sleep paralysis is a terrifying condition in which sufferers report feeling as though they are awake, but are unable to speak or move their limbs. This issue is often accompanied by a sensation of pressure, the feeling of choking, or even hallucinations, which can be vivid and deeply unsettling. This condition has been used to explain many reported sightings of ghosts and demons, which are now thought to be the product of the subconscious during sleep paralysis.

Sleep paralysis occurs during periods of wakefulness and sleep and can occur either when the sufferer is just falling asleep, or when they are waking up. This condition can significantly disrupt the sleeping pattern of sufferers, leading to anxiety, stress, and fatigue, all of which can negatively impact productivity, functionality, and mood. As many as 4 out of 10 people will experience sleep paralysis at some point during their lives, making this a surprisingly common condition.

Why Does This Happen?

There are two types of sleep, and your body alternates between the two during the night over cycles of approximately 90 minutes. During NREM (non-rapid eye movement sleep), the body relaxes so that mental and physical restoration can take place. During this period, sleep is usually deep and dreamless.

During REM (rapid-eye-movement) sleep, the eyes move around a lot and dreams are more likely to occur. The muscles are usually inactive during this type of sleep, which is the brain’s way of making sure people don’t move around and act out their dreams when they’re sleeping. Waking during this period can, therefore, cause the phenomenon of sleep paralysis, during which sufferers feel awake and aware but are still dreaming, and unable to move.

What are the Causes of Sleep Paralysis?

The causes of sleep paralysis are not well understood, but several contributing factors have been identified. It is thought that changes in sleeping pattern, lack of sleep, and even sleeping in certain positions, such as on the back, can all exacerbate the condition. Sleep paralysis may also be a symptom of an underlying psychological issue, such as bipolar disorder, stress or anxiety. Another possible cause could be the use of certain medications, such as those prescribed for ADHD, or substance abuse.

How can Sleep Paralysis be Treated?

Sleep paralysis is a surprisingly common condition that many of us will experience at least once. Although this phenomenon is poorly understood, there are many changes that can be made to sleep patterns and habits that can significantly lessen the chances of an attack. Often, sleep paralysis is symptomatic of an underlying disorder or psychological issue, which can be addressed with a range of treatments. However, many sufferers find the most important thing is to remember that, while deeply unpleasant, attacks of sleep paralysis are not harmful. Trying to stay calm during an attack can make the ordeal far less distressing, allowing sufferers to manage the condition until they can identify and treat its causes.