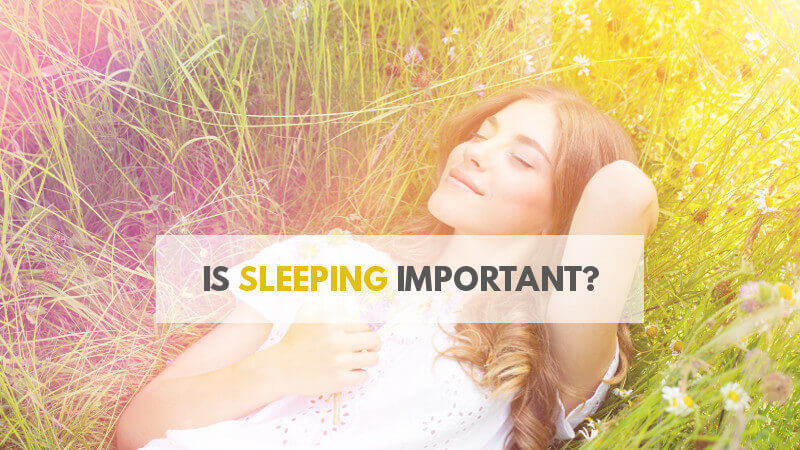 The answer to this seemingly simple question is a resounding “yes!”   We feel awful when we have had a bad night’s sleep. Like proper diet and exercise, good sleep is an important key to our health and well-being.  If snoring is disrupting your sleep, read my reviews of SnoreRx or Zyppah.

What exactly is sleep?

Sleep is difficult to define. It is a naturally occurring period of relative inactivity, triggered by daily hormonal changes in the body. Consciousness is suspended, breathing and heart rate slow, and brain activity may increase. There are several stages of sleep that occur in a cycle, typically three to five times a night. Scientists say that adults need seven to eight hours of sleep to function properly, children and teens need significantly more sleep than adults.

Sleep research is a very active field of medicine, and researchers are finding more and more benefits to getting a good night’s sleep.

There is a strong correlation between poor sleep and weight gain as well as obesity. People who get less sleep are strongly at risk for obesity and are more likely to weigh significantly more than those who get more sleep. Sleep deprivation is believed to disrupt daily fluctuations in the hormones that control appetite which results in poor appetite regulation and consumption of more calories.

According to the University of Chicago, sleep and metabolism are controlled by the same part of the brain. When you are tired, certain hormone levels increase. These are the same hormones that drive appetite. Studies have demonstrated that sleep-deprived people have a larger appetite and consume more calories.

Sleep helps our brains function. When we sleep, our brains form new pathways to help us remember what we learned today and make it a little bit easier for us to learn tomorrow – this process is called consolidation. Good sleep helps us pay attention, foster creativity, and make decisions. Sleep deprivation makes it difficult for us to make decisions, solve problems, control our behavior, and cope with life in general.

A large two-week study tracked the development of the common cold. Test subjects were given nasal drops that contained the virus that causes the common cold. The results found that the subjects who reported less than seven hours of sleep per night had three times more likely chance to develop cold symptoms than those who slept more than eight hours per night.

Stroke, heart disease, arthritis, and diabetes all have a direct link to inflammation. Researchers have found that people who sleep for six hours a night or less have higher levels of inflammatory proteins. In addition to the above-mentioned conditions, poor sleep has been linked to long-term inflammation of the digestive tract and inflammatory bowel disease. One study indicates that patients in remission from Crohn’s disease are twice as likely to have a relapse than patients who slept well.

In addition to road safety, sleepiness affects our ability to make decisions. This lack of sleep can affect health care workers, pilots, mechanics, heavy machinery operators, and anyone else. Sleep deficiency can be harmful to those who are sleep deprived and those around them. Sleepiness has been shown to play a role in nuclear reactor meltdowns, maritime accidents, and airplane crashes.

These are only a few of the benefits of getting enough sleep. Other effects that sleep has on our bodies include:

So. if being tired isn’t a good enough reason to make sure that you get your eight hours, think about all the health benefits of getting a good night’s sleep!