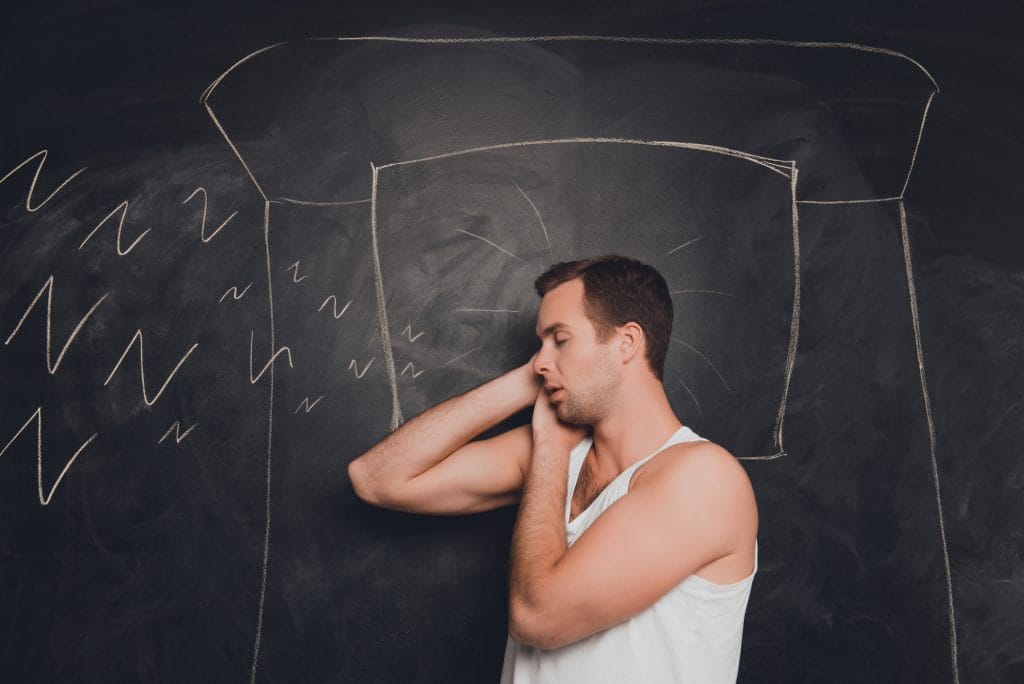 How Stress Impacts Your Sleep

Have you ever complained about “losing sleep” over a problem? Intuitively, we feel that daytime stress can negatively affect sleep.

Research has shown that stress is a unique enemy of sleep and that it can damage mental and physical health.

The sleep cycle consists of four stages of between 5 and 15 minutes each followed by REM (Rapid Eye Movement) sleep. Each complete cycle lasts for about 90 minutes.

Stages three and four are considered restorative sleep in which delta waves dominate the brain, and the heart rate and body temperature go down. During restorative sleep, muscles are repaired, and memories are cataloged. Daytime stress is known to interfere with these deeper stages and is responsible for many adverse effects of interrupted sleep patterns.

When ancient man was faced with a life-threatening situation, the steroid stress hormone cortisol, secreted by the adrenal gland, gave him the energy to run, kill or climb. These days, stressors are much more mundane, but the hormone still affects us, increasing glucose in our bodies in anticipation for physical effort that may never come.

Cortisol levels are highest in the morning when we are roused from sleep and need the energy to face the day. Levels drop as the day goes on, shifting us into relaxation mode for the night. Brain chemicals produced during sleep tell the body to stop making stress hormones. If abnormally high cortisol levels impede this cycle at the end of the day, sleep is compromised.

How Widespread is the Problem?

According to the American Psychological Association, Americans average only 6.7 hours a night of sleep when they should be getting 7-9 hours. When surveyed, 42% of adults report their sleep quality is fair or poor, and roughly the same percentage report stress has interfered with their sleep within the previous month.

The stress-sleep issue can become a feedback loop with stress eroding sleep which, in turn, causes irritability and stress during the day. The stress then affects the next night’s sleep. Tiredness due to lack of sleep affects 37% of adults.

Other negative effects of stress-induced sleep loss include concentration problems, laziness, anger, and difficulty fulfilling responsibilities. Those getting less than eight hours of sleep a night report even higher stress levels. Stress can also worsen conditions like sleep apnea, and snoring.   Luckily,  there are solutions to help with snoring such as anti snoring mouthpieces and snoring aids.

Lest we think this problem is confined to adults, research has shown that 24% of teens, who should be getting 8.5-9.25 hours of sleep per night are only averaging 7.4 hours. Stress has kept 35% of teenagers awake at night within the previous month.

Almost half of Gen Xers surveyed say their sleep quality is poor, and Millennials report having the poorest sleep habits.

Falling asleep as a reaction to stress is unusual but is most common among babies and young children who don’t have the tools to combat stress. Mental and physical tasks of the day use up glucose stored in the brain causing “metabolic exhaustion.” A nap helps restore glucose levels. It can also be a part of a “time out” during the day to increase mindfulness and promote relaxation.

The American Psychological Association says the “most Americans would be happier, healthier and safer were they to sleep an extra 60 to 90 minutes per night.” But how does one get there in a stressful environment? Here are just a few suggestions to slow the body down for sleep.

Whatever your method, establish a consistent bedtime routine (and time) that eases the transition from the active to the passive nervous system. Begin the routine one or two hours before you want to be asleep. Experiencing complete sleep cycles will prepare your body to face the stressors that await in the morning.