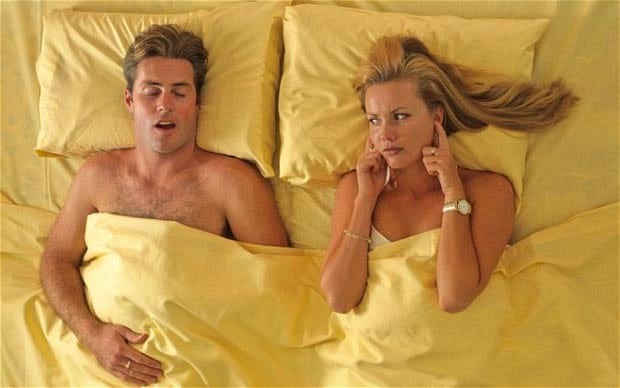 Are Cancer and Snoring Inter-related? We Bring You the Truth.

You may have already heard about the direct connection between snoring and poor lifestyle choices, lack of exercising and obesity. You also know that snoring could actually be a symptom of your underlying sleep disorder and if not tackled in time, it can have a major negative impact on your relationship too.

What you may not be aware of is that snoring has now been found to be directly linked to cancer as well. It’s quite normal if that has got you panicking and gasping for breath. Cancer is a scary disease after all! It is by far the most feared disease known to mankind, something that people even refrain from cursing upon their enemies. Hence, thinking of snoring to be somewhat related to the risk of developing cancer is quite frightening. You may already have a list of questions regarding this possibility. Through this article, we’ll help you gain a better understanding of why it’s extremely important for you to take all the necessary steps to stop your snoring habit.

Are you aware how disruptive your sleep actually is?

Do you often find yourself waking up in the morning and feeling completely drained out? Perhaps, you made that extra effort to sleep on time last night, just to feel refreshed and well-prepared for your morning meeting but woke up feeling fatigued, as if you hardly got any sleep at night. Your snoring habit could be the culprit here.

As soon as you fall asleep, your jaw and tongue fall back into a relaxed state, permitting your throat and soft palate tissues to vibrate. This vibration is what is referred to as snoring. Sounds quite harmless, right?! Absolutely wrong! What it implies is that the flow of air in and out of your body is getting obstructed. Your lungs require an equal amount of oxygen whether you’re awake or asleep. Hence, if any of your body tissues obstruct this regular flow of air, your body has to work extra hard to get its oxygen supply. This makes it hard for your brain to get recharged and relaxed as it is constantly involved in monitoring your body’s oxygen supply.

All this results in poor sleep quality. Regardless of the number of hours you sleep at night, if your body doesn’t get enough sleep in stage three, four or REM, you’ll never find yourself refreshed after waking up. Instead, you’ll wake up feeling quite tired and drained out. You may not recall if you were up last night on not, but your body would know. So, how does cancer come into the picture? Simply put, regular snoring robs your body of much-needed sleep. And, such regular poor sleep patterns enhance the risk of cancer.

The influence of hormones

Your sleep problems also negatively affect your body’s melatonin and cortisol levels. These two hormones influence the cancer cells inside the body. Cortisol plays a key role in the regulation of the immunity system and releases certain cells which battle cancer. Cortisol levels are known to peak at dawn, after you’ve got a few hours of sleep. Thereafter, they undergo a gradual decline as the day passes. People who have disturbed sleep patterns and who wake up repeatedly at night are at a higher risk of having abnormal cortisol patterns. What it means is that your body will not be able to release the sufficient amount of cancer-killing cells as it is expected to.

Melatonin is the second hormone that women, in particular, should be worried about. It is produced by the brain while one is asleep. Melatonin has antioxidant properties and prevents cell damage (which often results in cancer). It also keeps a check on estrogen production inside the body. Getting very little sleep causes the depletion of melatonin levels in the body, which in turn permits the ovaries to produce excessive amounts of estrogen. All in all, this phenomenon of depleting melatonin levels and increasing estrogen levels significantly enhances the risk of breast cancer in women.

The quality of sleep has a major impact on the hormonal patterns of the body, which in turn can impact the cancer progression. If you’re a chronic snorer, the chances are high that you don’t get the quality of sleep your body needs and hence your hormones may not be as balanced as they should be.

The University of Chicago carried out a study which revealed that regularly interrupted sleep can accelerate the growth of cancer and hinder our immune system’s natural ability to battle early stages of cancer, thereby increasing the cancerous tumor’s aggressiveness. The findings of the study pointed towards the Toll-Like Receptor 4 or TLR 4, a signaling molecule which controls the immune system activation.

The TLR 4 molecule is located inside the immune cells at the core of our immune system. Our immune system is the biological system which defends harmful foreign agents like bacteria and viruses. It is also responsible for battling cancer. However, it can fail to do its job sometimes, thinking of cancer cells to be just like other body cells and not foreign objects. Macrophages, that are immune cells related to the tumor, form a cluster at the tumor site, dictating the response of the immune system. Basically, these cells respond based on whatever signals they are sent. These cells can be M1 or M2. The M1 variety delivers a strong immune response, resulting in complete elimination of the tumor cells. On the other hand, the M1 cells suppress any such immune response and hence rather than promoting the growth of new blood vessels, they encourage the growth of tumor instead.

A laboratory experiment carried out on mice at the University of Chicago revealed that the mice having disrupted sleep patterns predominantly had the M2 variety of cells. These mice even exhibited high TLR 4 levels. This study was carried out on different types of cancers but showed the same results. On the whole, it was inferred that poor sleep quality has a major negative impact on our body’s immune response, putting us at a higher risk of cancer.

Snoring is far from being a mere audible annoyance. The condition can have a major long-term as well as an immediate impact on your health. Many people feel that they don’t need to do anything about their snoring habit as they don’t have a bedroom partner yet. After all, they never hear their own snoring sound during sleep!

Medical science has now proved that snoring majorly compromises the quality of your sleep, which in turn can alter your hormone balance and negatively affect your body’s immune system. Both of these outcomes can enhance the risk of cancer. The sooner you take care of your snoring habit, the faster you’ll be able to distance yourself from cancer.

How to control or completely stop the snoring habit?

The technological advancements made by the medical science have now made it possible to solve the snoring problem without the need of going under the knife. The medical marketplace features many oral stop snoring devices or “stop snoring mouth guards” from reputed brands such as Good Morning Snore Solution, SnoreRx, Zyppah and ZQuiet that can help you overcome the snoring problem in quick time. You can go through our website and check out the reviews of some of the top quality anti-snoring mouthpieces.

Five Alternatives to Surgery for Your Snoring