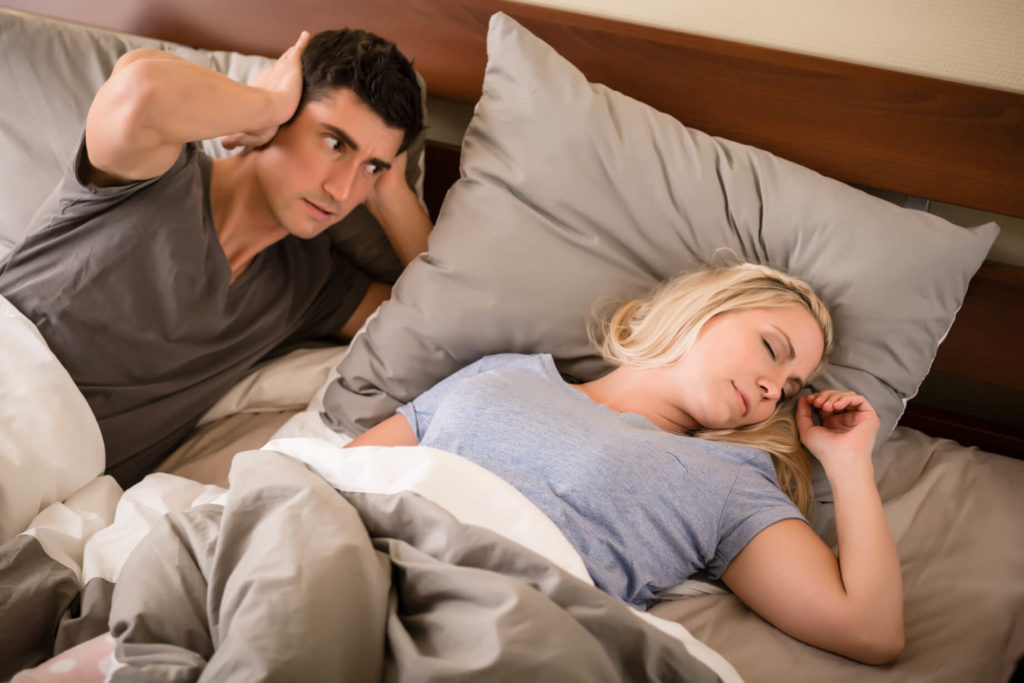 Snoring is an activity often associated with men, but studies have shown that woman make up 40% of snorers. So, while men may be more likely to snore, it’s simply not true that women do not suffer from the same condition.

However, it is still a common misconception, and due to this societal bias, snoring in women can sometimes go undetected. While it remains undetected, sufferers miss out on great solutions in the market like DIY mouthpieces.

What causes snoring in women?

Before getting into DIY mouthpiece solutions for women, it’s important first to look at why women snore. Hormones generally play a large role, more so than in the case of men. In pre-menopausal women, snoring is normally kept in check by the hormones, Estrogen, and progesterone. Snoring often increases in women after menopause. Women are also more likely to snore during pregnancy, due to congestion of the nasal passages, an increase in weight and the added pressure on the diaphragm as the uterus grows.

There are also other factors that make women more likely to snore. Just like men, being overweight can significantly increase a woman’s chances of snoring. So too can anatomical differences relating to the airways and nasal passages. Drinking alcohol before bed, sleeping in positions that restrict the airway and even genetics count as risk factors.

Snoring in women can also indicate an underlying Thyroid condition called Hypothyroidism which sees an increase in disordered breathing, among other adverse symptoms such as weight gain, sluggishness and lack of libido.

It’s worth remembering that, as with men, the cause of snoring varies from individual to individual, so it’s important that women investigate to find out their specific cause.

Symptoms of snoring in women

Many women are unaware they even snore. It’s important to note that symptoms of snoring or sleep apnea in women, beyond the obvious nighttime noisy symptoms, are often different to men. Women often complain of tiredness during the day, headaches and insomnia which may mean they are diagnosed with other conditions without having their sleep issues properly dealt with, as opposed to men who go to the doctor because they are keeping their partner up at night.

The impact of snoring on women’s health

Snoring can have a detrimental impact on health for both men and women. Studies have shown the link between sleep apnea in men, a condition often connected to snoring, and poor cardiovascular health, and there is now more research which shows that snoring significantly increases the risk of cardiovascular disease in women too.

Other negative impacts that snoring can have can be a restless night’s sleep, low levels of oxygen in the blood, which could lead to pulmonary conditions, and long interruptions to breathing caused by sleep apnea.

If you are a woman or a man suffering from snoring, it’s important to take action to fix the problem. One of the many options available to alleviate snoring is a DIY mouthpiece. What’s even better is that it’s an accessible, cost-effective solution.

What is a DIY mouthpiece?

A DIY mouthpiece in an inexpensive device that is proven to be effective in reducing snoring in the majority of cases. Unlike a device that is fitted by a professional, they are relatively inexpensive and easy to obtain online or in stores.

What makes them great is that they’re also durable, in many cases lasting for years. They are easy to mold to your jaw shape, simply by boiling and biting and are then simple to keep clean and continue using. Plus, there are so many different types of mouthpieces on the market, it’s easier than ever to find one that works well for you.

Are DIY mouthpieces gender specific and do I need one buy one targeted toward women?

So, given the physiological differences between men and women, it’s logical to wonder if women need to buy a gender-specific mouthpiece to help treat their snoring. The honest answer is: not necessarily.

However, there are many women who have a regular or even larger mouth structure, so it’s not necessary to restrict yourself solely to a gender-specific mouthpiece.

As always when looking for snoring solutions, it’s important to think about comfort, affordability, and cost, then to shop around and find what works for you. But, for the majority of women, a normal non-gender specific mouthpiece can be molded to fit most mouth shapes and will bring about great results.