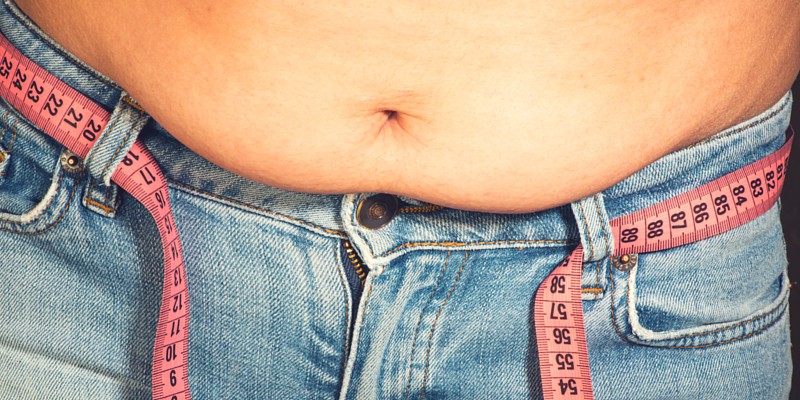 Can Sleep Apnea Cause You To Gain Weight?

Lack of a good night’s sleep can affect us all. You get up in the morning, head out to the office with plenty to do but find yourself half-awake throughout the day. When you’re not performing at your best it’s easy to reach for those ‘energy boosting bad foods’ – the bag of crisps, a can of coke, a chocolate bar.

Are You Suffering from Sleep Apnea?

There are several ways your sleep can be disturbed. One is sleep apnea, a condition where breathing is interrupted by a closing off of the upper airways for a short period. This can make us wake up in the middle of the night and disrupt normal sleep patterns.

It’s a surprisingly common problem but one which many people aren’t aware they have.

Normal rest patterns involve periods of shallow and deep sleep that help our bodies recover and restore energy supplies. Sleep apnea symptoms can stop individuals reaching that all-important deeper REM part of the sleep cycle by continuously bringing us back towards wakefulness.

Who Does Sleep Apnea Affect?

There may be a number of different reasons why it occurs. Overweight people can struggle more with it but physical problems such as having a large neck or narrow airway can also contribute. Smoking and drinking before going to bed can also cause sleep apnea.

In the video below, Dr Angela Glasnapp explains just why a bad night’s sleep might be affecting your weight:

How Does Sleep Apnea Develop?

Small episodes of sleep apnea can affect anybody. It’s when this condition occurs several times an hour throughout the night that you begin to see the effects.

In its severest state sleep apnea can cause cardiovascular and other serious complications. Most people discover they have a problem when they begin feeling excessively tired during the day or a partner notices a disruption to their sleep habits.

What is the Relation Between Sleep Apnea and Weight Gain?

It has long been noted that people with weight problems are more likely to suffer from sleep apnea. According to research by Pillar and Shahadeh:

“Obesity is probably the most important risk factor for the development of OSA (Obstructive Sleep Apnea). Some 60-90% of adults with OSA are overweight, and the relative risk of OSA in obesity (BMI >29 kg/m(2)) is >or=10. Numerous studies have shown the development or worsening of OSA with increasing weight, as opposed to substantial improvement with weight reduction.”

The relationship between the two, however, is not as clear-cut as we might like to think. In short, this is a bit of a chicken and egg situation. The relationship can be best defined by a number of current hypotheses and observed results:

The question of whether introducing a weight loss regime can reduce sleep apnea is a difficult one to answer. Most people who have a severe condition usually benefit from a continuous positive airway pressure (CPAP) device. This helps to keep the airways open during sleep and involves wearing a mask attached to a device that delivers a steady stream of air.

Ideally, weight loss will occur if you use a CPAP device and cure your sleep apnea if there is a biological causal relationship. The evidence doesn’t entirely confirm this result, however. A study carried out amongst sleep apnea sufferers across the world largely found little correlation for weight loss on those who used a CPAP.

Most people who relied on the CPAP but did not introduce lifestyle changes such as healthier eating or a dieting/exercise regime did not lose weight. Of those who did combine the two, only a quarter found they lost weight to any significant degree.

Just over 25% actually experienced either no change in their weight (14.84%) or an increase in weight (10.32%). Less than 1% of people thought that losing weight had helped ‘cure’ their sleep apnea at all.

Most experts consider that weight gain does not cause sleep apnea per se. Many people who suffer from weight problems, however, do have a pre-existing condition of sleep apnea that has gone unnoticed, perhaps since their early teens. Weight gain can certainly help to exacerbate this condition in later life.

The hypothesis is that a vicious circle begins whereby low metabolism and bad eating habits during the day can lead to more weight gain and this, in turn, causes more disrupted sleep because of biological changes.

What Can You Do About Sleep Apnea?

If you think that you have a sleep disorder, then you might first like to look at your lifestyle habits. For mild conditions, losing excess weight, reducing the amount of alcohol you drink or cutting out smoking can make a big difference. Or even trying a sleep apnea mouthpiece alongside your lifestyle change.

If you think that it is more severe than an occasional bad night’s sleep and you are constantly tired at work, it is always best to see your GP to test for sleep disruption. This will normally involve taking a test called the Epworth Sleepiness Scale and having your nightly sleep monitored to assess your situation.

For severe cases of sleep apnea, you will probably be given a CPAP device to wear at night which will help keep your airwaves open and this should help you rest properly and wake up in the morning refreshed and ready to go. If you have a weight issue, losing a few pounds may also help reduce your symptoms further.